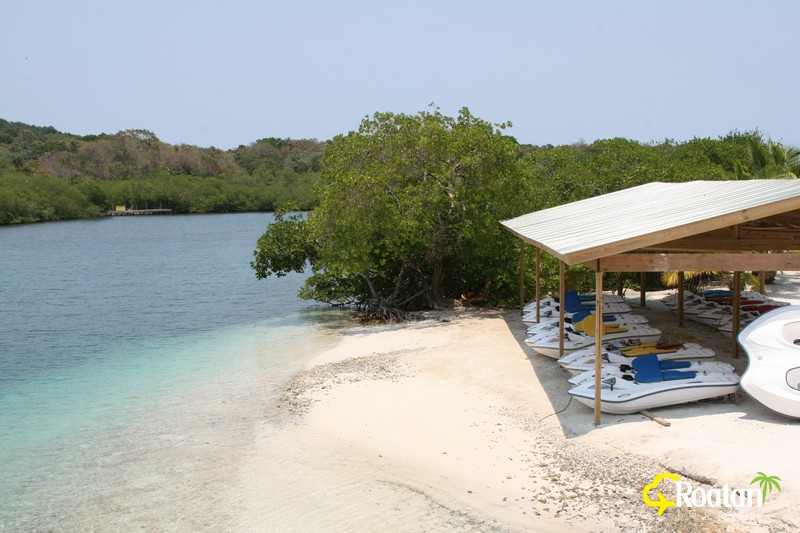 The Bay Islands Honduras are situated in the north of the mainland in the Caribbean which is constructed of 3 main islands. Alongside the Mesoamerican Barrier Reef, they are renowned for their superb scuba diving and snorkeling activities.

There are three islands in total which are often referred to as the “three Bay Islands” or Islas de la Bahía – Roatán, Utila and Guanaja. These islands offer reefs which are teamed with fish and incredible coral.

Roatan is the largest island of all as it has well known beaches and sites for diving which have volcanic crevices. The area of these islands spans and area of 250 km with a population of approximately 66,000 people who currently reside there.

Staying on the islands and buying food can be more expensive than on the mainland. The more affordable of the islands is Utila. However, Roatan actually offers better beaches and forests.

The best time to visit would be from March until August as these are the hottest of the months although it is likely that the sea breeze will reduce some of the heat.

You can also visit the mainland at La Ceiba, just an hour ride with a ferry, there you can cool off with some extreme sports which are offered such as white water rafting down the Rio Cangrejal. back in Roatan, If you are feeling really brave, then there are also some excellent opportunities for you to zip wire in the mountainous area over the jungle canopy which is in the village of Garifuna, or try any of the other 4 zip lines available throughout the island.

In Utila, there are some incredibly places that you can stay. The Utopia village has been described as a ‘Hidden Gem’ and a ‘Paradise’ which shows how wonderful the previous guests thought it was. The resort itself has a lot to offer such as the delicious cuisine that is served, the most beautiful scenery that you have ever seen, friendly people and most of all, a peaceful and relaxing break. The scuba diving is highly recommended and the staff are commended for their friendly service, knowledge and capability in many of the reviews featured on TripAdvisor.

Another highly rated resort is called the Xbalanque Resort which has a wide range of facilities available which includes rooms which offer fully fitted kitchens and more of a condo offering with comfortable and clean accommodation.

All in all, the islands of Honduras offers such a great and generous service that some people who have visited profess it to be the best that the Caribbean can offer and they would not want to go anywhere else.